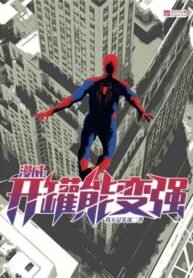 Do pass by. Don’t miss this year’s must see science fiction!!!

The rear garden was full of flowers, lush greenery, dense thicket. Clear ripples could be seen in the lucid lake surrounded by green mountains.

Suddenly, Thanos frowned as he looked at the young man who looked akin to a fly, and who had an obscure face.

Roco had traversed the Marvel world. Right now, he was standing in the rear garden with the bully who had annihilated half of the universe with just a snap of his fingers. At the moment when he and Thanos looked at each other, a cold and crisp system voice suddenly sounded in Roco’s ears.

Before the ignorant eyes of Thanos and Roco, a thatched house appeared on the hill out of thin air. Roco seemed to be wrapped in the protection of an invisible air flow.

Roco pointed to the retreating Thanos and shouted. “Look, this guy just doesn’t get it. How much do you want me to sell it for? If you hadn’t protected me, I would have been snapped to death by him.”

For a moment, as if something had been decided, the system suddenly spoke.

[Given the current Hell Model, one of the hosts has to also be sent out]

Just like that, Roco was a little stunned. Such a good jar, if only Thanos realized the value. Roco didn’t believe that Thanos would not be moved. Of course, considering that there was only one opportunity…

In Order to Enter the Air Force, I Announced the Pulse Detonation Engine