Starting Life as a Baron 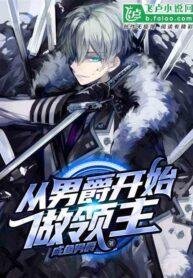 Alan traveled to a world of swords and magic, and became the second son of an earl. He had no inheritance rights to the title since he was useless in training and his older brother was talented. Alan was forced by his family to become a country baron in a desolate land.

Fortunately, he activated the System and gained upgrades through experience points by completing tasks to develop the territory! He can also unlock a variety of powerful species to follow him!

“Ding. Congratulations, Host, for unlocking the angels! Ten angels will be rewarded!”

From then on, A lord that would frighten the world appeared.

In Alan’s realm, there were humans, giant dragons, orcs, giants, and even angels and high gods! He cast a glance at the empires sitting in front of him, and as a king addressed his people.

“I want to conquer everything…”

I’m in Marvel, my wife is Godking Hela

I’m in Marvel, my wife is Scarlet Witch

Marvel: Devouring the genes of Celestial in the beginning