The child is not mine, so why should I rise it? 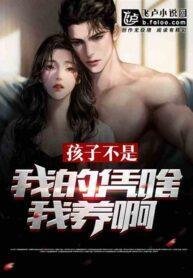 Shen Fe’s soul transmigrated into a person who had been like a lapping dog at a goddess’s feet, however, this goddess did not put him in her eyes at all …

Meanwhile, this goddess he so loved was swindled of her body and impregnated by a playboy who ran away after getting the news.

Faced with this situation, the God-level System appeared and gave Shen Fei the following options:

After seeing these options, Shen Fei did not give it a second thought and chose the third option.

Goddess: “I am pregnant!”

Shen Fei, “It’s alright. I’ll raise the child after you deliver it!”

Goddess: “No! You are not worthy of this child.”

Shen Fei: “Then I’ll change my surname to that of the child!”

On the day of delivery …