The Last Cat in the Universe 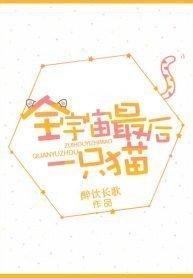 The last cat in the universe!

During his patrol, Ji Xiu Yun, a marshal of the Empire, was ambushed and went missing. When he returned, there was a pure white creature crouching on his army cap.

Through genetic testing, it was determined that this cute and delicate little fellow was a creature that had faded away with the mother planet of humans 2000 years ago——a cat.

The last cat in the universe!

The people of the Empire were frenzied!