President, This Is Really a Misunderstanding! 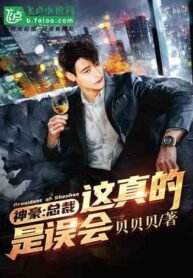 President, This Is Really a Misunderstanding! Average 3.8 / 5 out of 16

The goddess president came for an inspection. Zhou Xuan hurried to the company for a meeting. However, he got up late and had to eat breakfast in a hurry.

Zhou Xuan was stunned, thinking that the goddess president would like him to kiss her. He was a little hesitant and shy.

But the female president still pointed to the corner her mouth, hinting at Zhou Xuan again.

“Okay! President, since you are so aggressive, then I…”

Zhou Xuan got up and kissed the goddess president in front of everyone, who were shocked to see such scene.

After the meeting, Zhou Xuan learned that he was going to be terminated and was confused.

President! This is a misunderstanding!

Zhou Xuan expressed his disagreement to be fired just because of such incident.

If only I could have a system like in the novels.

I will not be so powerless. I am so displeased.

“Ding! The host has been detected. The Infinite Acquisition System has been activated!”

“Ding! You glanced at the contract and gained basic legal knowledge.”

“Ding! You talked with people and got 0.1 eloquence!”

Marvel: Devouring the genes of Celestial in the beginning